Sea of Galilee AKA Tiberias photo from Sudha Mehta

Psalm 121: 1 I will lift up my eyes to the hills, from where comes my help. . . . 3b he that keeps you will not slumber. 4 Behold, he that keeps Israel shall neither slumber nor sleep. AKJV)

Sea of Galilee from our balcony photo from Sudha Mehta

My Friend and I felt truly favored by our God when we walked into the first room we were assigned at our hotel on the shores of the Sea of Galilee. We had a glorious view. This was repeated at every Hotel in every location.

That said, we also knew the enemy was not happy with a group so blessed. We had some setbacks, and some attempted sabotage from the enemy (Satan).

Even before we landed in Israel, things were going wrong in the lives of many that intended to go. I have told you about the couple that had to go through major surgery three weeks prior, they weren’t alone. A friend of mine that was to go with us was told that she needed surgery so she dropped out. Family, health, money issues, home and car repair issues, other unexpected large expenses came up for others.

Others worried about safety. They were scared due to the political/border issues in Israel. Rockets landing, false ceasefires, instability in any peace talks are not easy for Israel to deal with but they live with this reality.

The thing is, many felt that planning a trip to Israel had resulted in some unique complications in their lives that took them by surprise.

Travel may be routine for many, yet it isn’t fun all the time, especially International flights that are many hours long. People are worn out, and can get a little snippy.

Since this was a large group, we all traveled coach. Going there, the plane was smaller than the one we returned in. Oh the things that went wrong! The restrooms were tinier than tiny, and some people repeatedly used them and left them . . . well . . . very . . . you get it! The poor Flight Attendant had to clean after them more than once. The lady sitting next to me was on the same tour and we became instant friends. She needed the restroom more more frequently than I . . . it was a downright ugly mess for her!

Once we were in Israel, we felt an Awe, a Holy Awe just being in His land.

Driving by the Mediterranean Photo from Sudha Mehta

Yet the hindrances from the enemy mounted:

Exhibit 1: My friend fell and hurt her knee the very first morning when we set out for the boat trip on the Galilee.

Exhibit 2: I stubbed my foot hard against a glass door so that my big toe was cut and bleeding. My toenail started to separate. I have had that happen once before, and it meant losing the whole nail, tetanus shot and fever etc. No fun!

Exhibit 3: My left foot, the same one I hit the glass door with, twisted really badly the next day. This time the pain was intense, and I needed help to get to a ledge to sit so I could pray. I knew a trip to the doctor would mean an orthopedic boot and no pressure on the foot. I was not ready for that!

Exhibit 4: My friend developed a sensitive tummy for a few days.

Exhibit 5: On the final day in Jerusalem, trouble developed in my knee, so that I knew I needed to stop and rest. Yet we had three days to go in Jordan.

Exhibit 6: We were not the only ones having trouble. Perhaps these things happened on the other buses as well. On our bus, as I said before, one lady fell and broke her arm. Another man stubbed his toe like I did and his big toenail did get infected. In addition both his knees were giving him a lot of trouble. The lady sitting behind me in the bus also fell and hurt her knee. There were others in pain due to all the walking. Knees and feet were commonly sore.

I didn’t think at the time, but perhaps I should have taken inventory of these things from others . . . only to follow with testimonies!!

Friends and family asked me many a time if I felt it was safe to go. Even shortly before going, when the News reported more trouble in Israel, more rockets, more violence . . .  my children asked about the wisdom of going.

My response was that if there was any danger, the State Department would cancel the whole tour, not just ours but other tours as well. Short of that I had ZERO concerns for safety due to instability with surrounding Nations.

1 Everyone involved in the Ministry and travel arrangements had been praying for this group tour for a long time.

2 The Travel Agency arranges tours for many Ministries like the one I was with. It is owned and operated by Christians. They have their hand on the pulse of any situation in Israel. They would cancel immediately if there was a danger to any of us. Imagine their liability if they weren’t!

3 Israel itself would never allow us to come if things were not safe. Imagine their liability in front of the International Committees at the UN, and our own Country if we or any other tour were placed in harm’s way. As it is the vast majority of the Nations find reasons to vote against Israel for just about anything.

4 I believe in God’s protection far more than man’s. I know and believe wholly that Israel is a God-protected land, and so are His people. He gave the land to Israel and His promise remains. He will protect them.

Genesis 12: 1 Now the LORD had said to Abram, Get you out of your country, and from your kindred, and from your father’s house, to a land that I will show you: 2 And I will make of you a great nation, and I will bless you, and make your name great; and you shall be a blessing: 3 And I will bless them that bless you, and curse him that curses you: and in you shall all families of the earth be blessed.(AKJV)

5 I know from Scripture that each of us has at least one angel, likely two and more if needed to watch over us. We all are His “little ones” for life:

Matthew 18: 10 Take heed that you despise not one of these little ones; for I say to you, That in heaven their angels do always behold the face of my Father which is in heaven.(AKJV)

I know my angels guard and protect me everyday. Suffice it to say we limit our angels by our fear and lack of faith in God’s promises. I intentionally choose to walk in faith . . . not fear!

I maintain that any plane, train or automobile is safe when I travel, for my angels are with me. They are appointed by God to keep me safe. If I act stupidly and disobey placing myself in harms way, not listening to God my Father, nor heeding His caution, it is another matter entirely. If I follow Him in all matters relating to the trip, then I know no harm will come to me.

Now imagine a plane with a lot of Christians. How many angels do you need to keep one plane safe? Or one bus? . . . We had plenty of supernatural protection and covering!

Israel is safe! It is safer than any city in the USA at this point. The border cities should not have to live with the danger of rockets at all, but then again that is for another post another time.

2 The streets were not lined by soldiers everywhere, but we did see young men and women in military gear here and there. If it had not been safe, there would have been many more. They are alert all the time, in one place as we drove by, there had been some unrest by one man, and the police had him in custody immediately. I hope the same to happen here in my town where I live.

Their Crime Rate is quite low. My friend and I walked to a pharmacy as it was getting dark. There was no concern. Others walked distances on their own also, and knew they were safe. The cities are modern, very tourist friendly and with all conveniences. The people are very tourist friendly, helpful and hospitable! Hospitality in Israel is like the hospitality I grew up with in India. It is cultural and inbuilt. I love that!

In the plane I also had great conversation with a young Arab Muslim woman who sat in the same row. She was returning home to Israel for a visit. She lived a half hour from the airport in Tel Aviv. We walked together in the airport as well, and exchanged numbers and agreed to stay in touch. I invited her to our home with her fiance’ and she said she would love to host me if I were to visit again. I hope she comes, and I hope I get to go again. Like I said, hospitality is cultural. It is not limited to religion either.

3 How many of you let your children walk home by themselves from school? Or even walk to the neighborhood store? You and I would both agree, times were different thirty-forty years ago. Now, by law and otherwise we know to keep our children much closer because our trust in strangers is lacking. My little grandkids were taught, “Stranger danger!” very young.

There in Israel, while we were walking through Old Jerusalem, the schools let out. Children with backpacks walked past us through meandering streets, laughing, happy and totally unconcerned about all the strangers around them. It was safe for the children to walk home without adults. 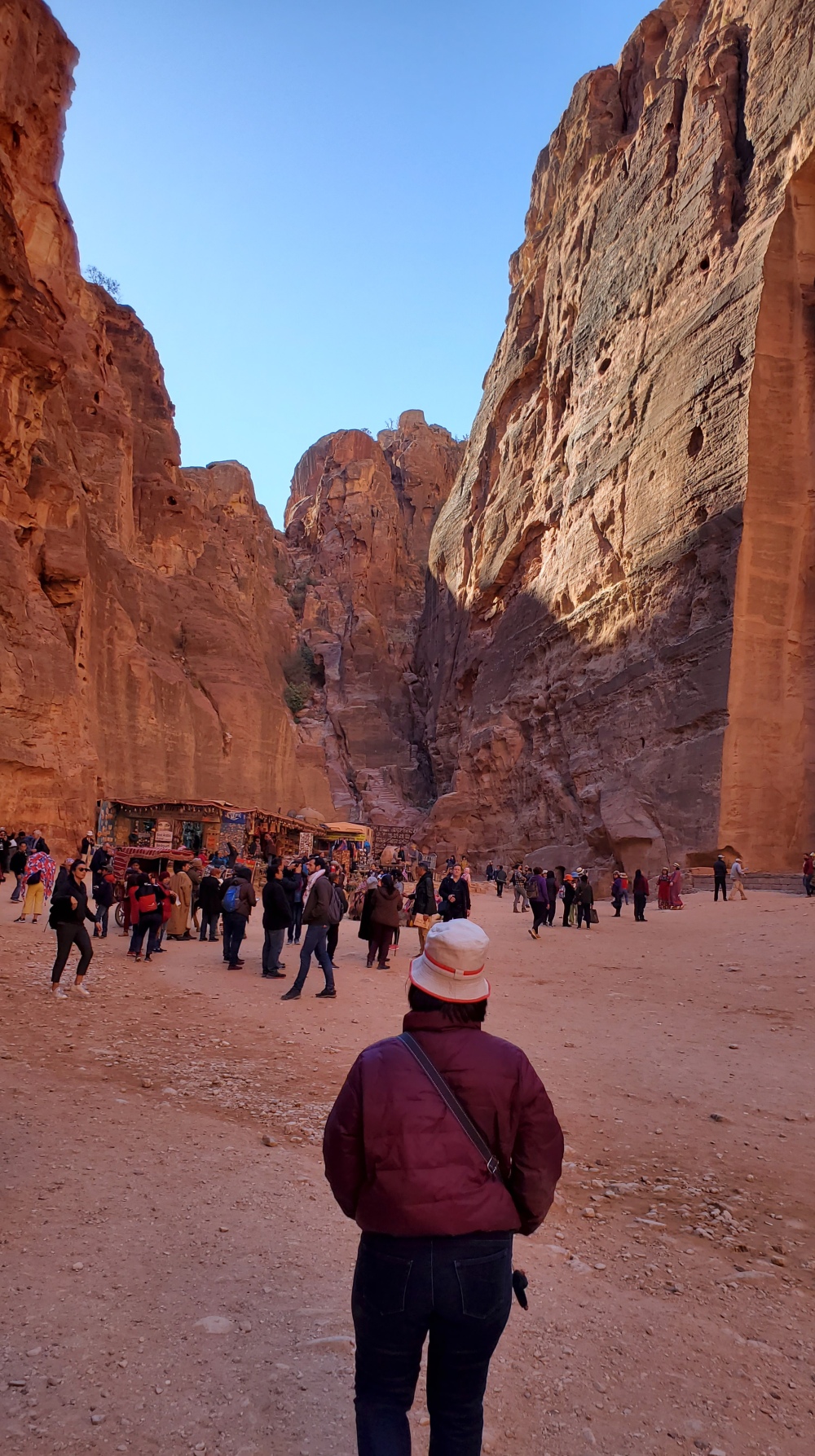 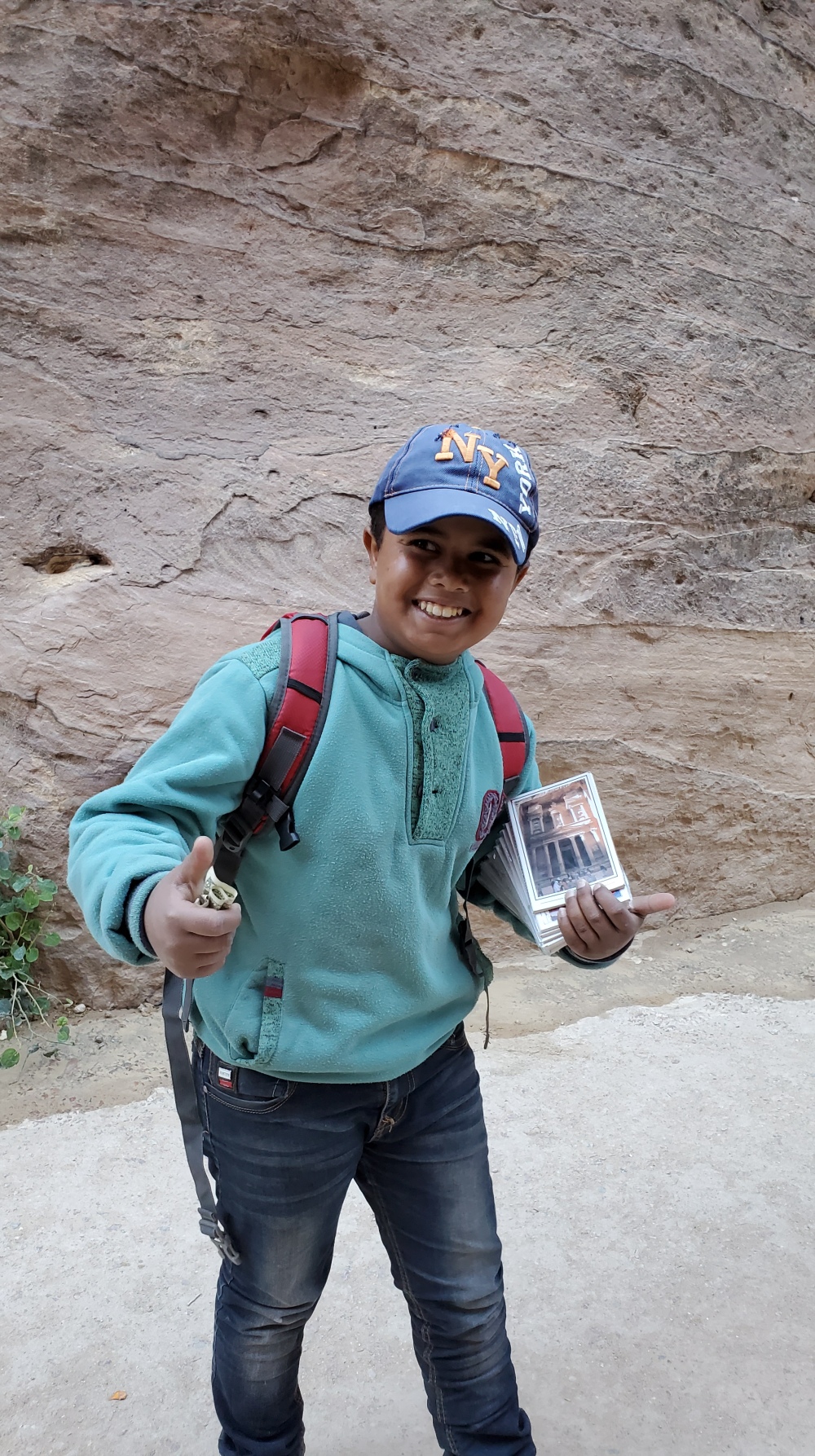 Tourism is big business for Israel, and understandably so.

I saw groups from many countries even in the hotels we stayed at, and there are many hotels. I saw groups from China, Japan, India and African countries. I even met and spoke with members of an Indian group who were based out of an Arab Country. All were Indian Christians from the south of India. All were smiles and generous with hugs for their Indian sister. No strangers in the family of Christ.

Perhaps my post will be different than some others in that I won’t share just the sights. I observe people, often subconsciously and it shows.

In my next post I will write about healings we saw, and answers to prayer. I will also give some general things to remember when traveling to Israel. Perhaps you will be encouraged to go.

Stay with me in this series, it may yet turn out to be a book 😁

Once again I encourage you to Follow me on my Website on WordPress by leaving your email. You will not want to miss a single post. https://onewaystudies.com