Is it so difficult??

Matthew 14: 3 For when Herod had John arrested, he bound him and put him in prison because of Herodias, the wife of his brother Philip. 4 For John had been saying to him, “It is not lawful for you to have her.” 5 Although Herod wanted to put him to death, he feared the crowd, because they regarded John as a prophet.

6  But when Herod’s birthday came, the daughter of Herodias danced  before them and pleased Herod, 7 so much that he promised with an oath to give her whatever she asked. 8 And after being prompted by her mother, she *said, “Give me the head of John the Baptist here on a platter.” 9 And although he was grieved, the king commanded it to be given because of his oaths and his dinner guests. 10 He sent word and had John beheaded in the prison. 11 And his head was brought on a platter and given to the girl, and she brought it to her mother. 12 John’s disciples came and took away the body and buried it; and they went and reported to Jesus. (BSB)

Just an FYI: Herod is a title or a prefix like King/Raja/Sultan. There were a number of Herods. Antipater was Herod (king/ruler) at the time of John and Jesus.

Antipater had older siblings.  Antipater’s dad (Herod the Great) had ten wives, and numerous children from them over the course of FIFTY years. When the youngest child was born the oldest was FIFTY, perhaps married and with children. Let that sink in!

Antipater grew up with 7 yrs older half-brother Philip, and with a 5 yrs younger neice Herodias.

Herodias’ daddy Aristobulus was from another mother, so he too was half-brother to Antipater.

It gets even more interesting. Daddy Herod the Great became angry with two sons Aristobulus and Alexander (perhaps for plotting against him), so he had them executed. Not been uncommon in dynasties in history. Then as a concerned Grandpa he thought it best that the orphaned children be kept in his large family. Herodias was given to uncle Philip to wife. Philip was 20 and Herodias was 8 when they were engaged. They married 7yrs later.

Before you gasp, this too has not been uncommon. My own mother was engaged (arranged marriage) to my father when he was 17 and she was 10. They married 4 yrs later and loved each other till death did them part.

Kings in history have been known to have many marriages and children. There were good kings and bad kings all around the world in history. Many routinely had harems. To produce a male heir to the throne was imperitive, every thing else was secondary.

Esther was placed in a harem with many other girls and was subsequently chosen to be the Queen.

Back to Antipater and Herodias. No matter how rich or poor you are, whether you live in a tiny home or a big palace, there is no exemption from temptation. Your domicile may have an old rustic door or a fancy gold layed door with guards at the outer gate, you cannot keep temptation out.

While Antipater visited his half-brother in Rome, well, . . . temptation struck, romance ignited hearts on fire; and Herodias said “Divorce” to her uncle-husband Philip  and said  “Yes” to uncle-lover Antipater. Antipater said “Divorce” to his wife and transitioned to uncle-lover to Herodias and granduncle-stepdad(?) to Salome. Herodias moved from uncle Philip’s bed to uncle Antipater’s bed, and grandneice Salome joined their domicile.

At this point Antipater was 46 yrs and Herodias 41 yrs, which makes Salome a young woman.

Leviticus 20: 21 If there is a man who takes his brother’s wife, it is detestable; he has uncovered his brother’s nakedness. They will be childless.(NASB)

John was called to be a forerunner of Jesus. His job was to bring the message of repentence, announce the kingdon of heaven and introduce the Messiah. Once that was done his mission was complete.

But he had a problem. He was a prophetic voice that could not remain silent when he saw sin.

Jesus said in Luke 7: 28 For I say unto you, Among those that are born of women there is not a greater prophet than John the Baptist(KJV)

John was brutally honest with all, and that is never a formula for popularity! People that appreciated him believed him to be a prophet . . . but there were those whose ire was provoked when he spoke truth they did not want to hear . . . Pharisees and Sadducees alike did not like him.

John spoke truth in the same way as Jesus . . . hence both made enemies.

If he had been politically correct he never would have said to Herod Antipater that it was wrong for him to be living with his neice/sister-in-law.

Once John opened his mouth it was too late to take the words back. Although in John’s case, I doubt he ever felt the need. True Prophets are bold people, they don’t and shoudn’t feel the need to apologize for speaking the truth.

Herod could have let it go for he feared and repected John, but not Herodias. It wasn’t that people didn’t know what went on behind the fancy palace walls, it was that she didn’t like her sin being called out.

You notice how people feel this way even today? Humilty is hard to find, pride is easy. Sin is easy to continue in as long as you can lie to yourself believing noone else knows or condemns such behavior. It is when you are found out that a choice has to be made. Humble yourself, repent and turn around . . . or justify your wrongdoing by placing the blame on others who disapprove. Herodias chose the latter. She insisted that John be arrested and thrown into the dungeon.

As has always been, rulers throw big parties and invite bigwig political dignitaries and other rich community members they like to impress. No matter the era, this was and is “networking.” Much political agenda is carried out at such gatherings. Even political marraiges were and are arranged at times in these gatherings. The best of food and wine flows, music and entertainment loosens inhibitions, and yes, cavorting is not uncommon.

This was Antipater’s Birthday Bash. Herodias was obviously not pacified with John’s arrest. Even though he languished in the dungeon without charges or trial she was not content. She had only one thing on her mind . . . “Intakam” “Vengeance” “Badla” or whatever you call it in your language. Nothing less than John losing his head would satisfy her.

This Birthday Bash provided the perfect opportunity. She organised the party. Guest list, menus, wine selections and entertainment were put together. She knew well that many didn’t approve of her, this was a way to be accepted in the political and social circles, as well as demonstrate what she was capable of so enemies would note.  Smart, conniving and devious . . . she could fulfill more than one goal with one Birthday Bash. An all around win-win opportunity!

Politics often determines who is “right” simply by who has the “power.” In the halls of power, Herodias’ sin gave her liberty to ask for what we might find otherwise unthinkable. 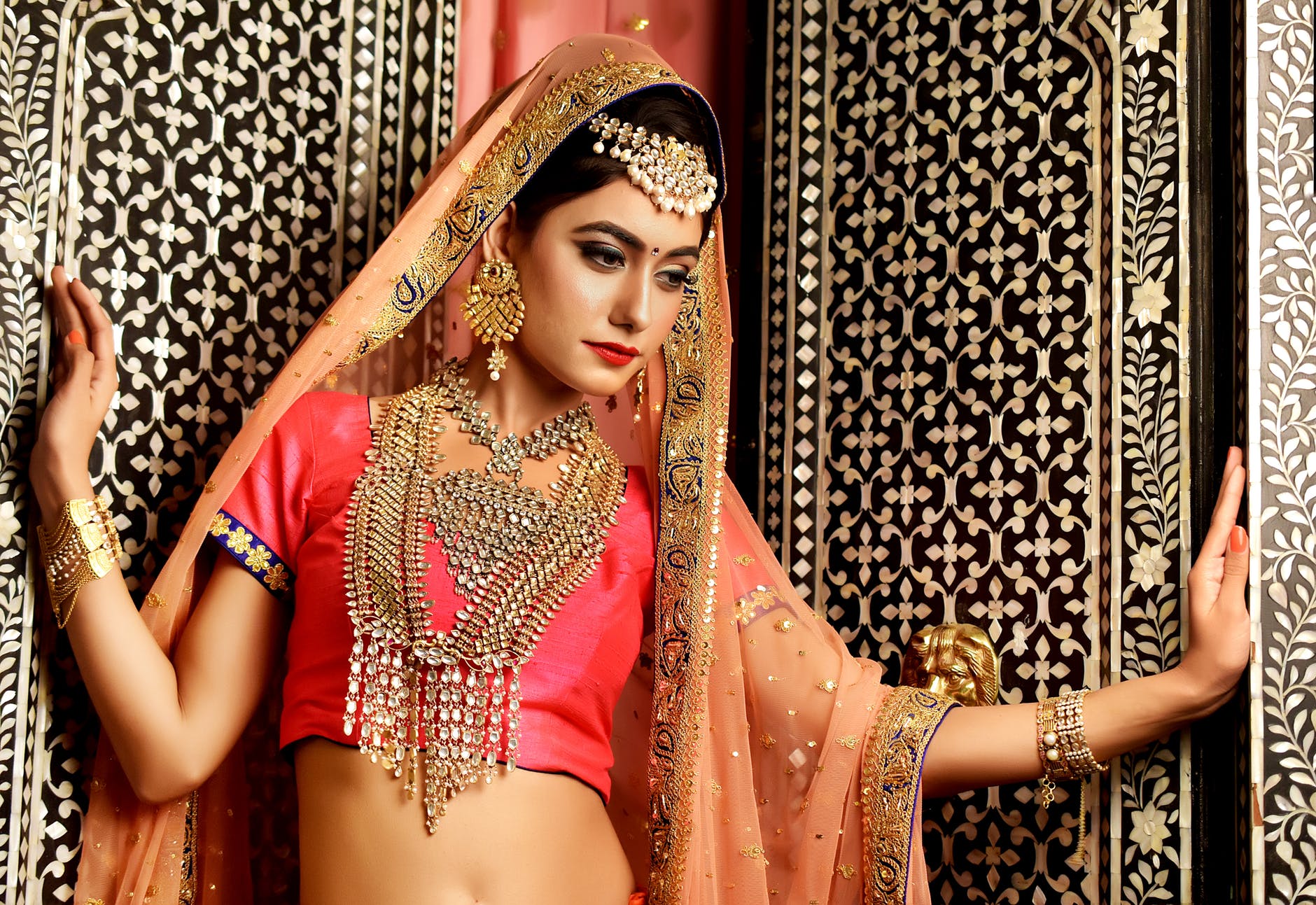 She used her own daughter to dance before her uncle-lover and his guests. A sensual dance to entertain everyone. The fact that such entertainment was common doesn’t make it any easier to understand. This was after all Antipater’s grand-neice, now step daughter! . . . no matter!

Power means liberty to do whatever one desires  . . . right??? The rules don’t apply and there is no accountability!

The plan worked . . . the dance pleased Antipater, he promised to grant her wish upto half the kingdom. Now trapped by his own promise and that before witnesses, he had no choice but to order the execution of John immediately!

John lay his head for the executioner, and it was brought on a platter to Herodias. 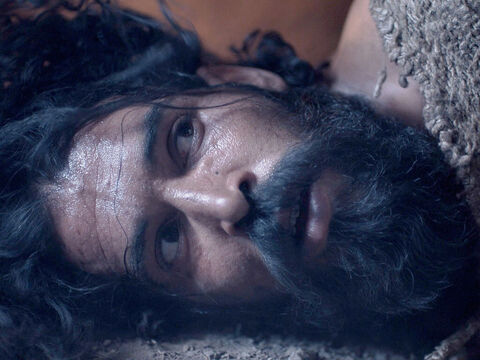 I wonder what might have happened is Salome had asked for half the kingdom! Wouldn’t that have been better? More riches/power/prestige for a lot longer?

But I suppose revenge is the sweetest victory for many and worth every price. When in the end bitterness of the soul brings one down to the depths of hell, I wonder if they realise the price was indeed too much.

Herodias didn’t want to face her own wantonness. She also raised her daughter to be like her. Pride was her covering and she wore it well over the rich raiment of silks/linens and jewels! Walking with head held high she saw no reason for anyone questioning her sin-ridden life.

John entered paradise . . . he had completed his mission to introduce the Messiah and to walk righteously before God declaring the kingdom! 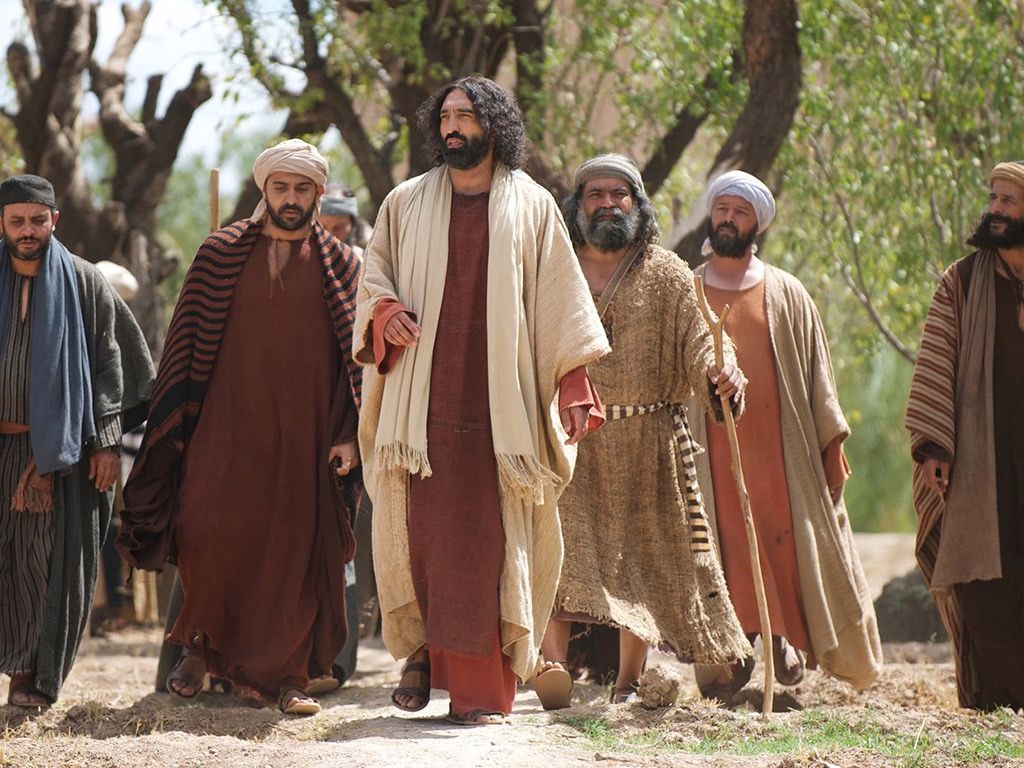 What about Herodias? Salome? Antipater? They receive a rather WARM welcome in hell!

Is humility that hard? Is repentance that abhorrant? Does pride require victory at any cost? Is eternal darkness that easy to accept over life in God’s glorious presense in heaven?

Proverbs 16: 18 Pride goes before destruction, And a haughty spirit before stumbling.(NASB)

John’s message was that of repentance:

Matthew 3: 1 Now in those days John the Baptist came, preaching in the wilderness of Judea, saying, 2“Repent, for the kingdom of heaven is at hand.”(NASB)

Even if you are offended, is forgiveness that difficult?

Repentance and forgiveness go hand in hand. True repentance is turning away from your sinful ways and turning toward God. This brings God’s forgiveness and entry into His kingdom. Forgiving others is then yours to do. The two are as two sides of the same coin. Having received favor from God, you can’t withhold the same from others.

Herodias didn’t want to hear John’s message . . . she only had ears for his condemnation. He offered hope in repentance but she saw her status threatened. He offered heavenly status, she wanted earthly. Salome was a girl after her mother’s heart. She did have mother’s approval, but only ended up with the disapproval of the Most High God. Antipater was a reluctant partner to this, but his guilt was no less before the Almighty.

Furthermore, about three years later, he presided over Jesus’ trial that ended in His crucifixion!

These three lives reside even today in the fires of Hell.

Every sin can be forgiven, if you want it! As long as you want to be forgiven by God, it is available just for the asking, but your repentence must be genuine. Is there anything greater than the comfort of knowing that you have been forgiven and no longer carry the burden of sin on your shoulders? Is there anything better than having God’s approval and knowing you will never face the fires of hell, but will live out your eternity in His presense in Heaven?

I simply asked Him to forgive ALL my wrongdoing in Jesus’ name, and He did . . . in that very moment!

Is it so difficult?!

John 6:  39And this is the will of Him who sent Me, that of everything that He has given Me I will lose nothing, but will raise it up on the last day. (NASB)