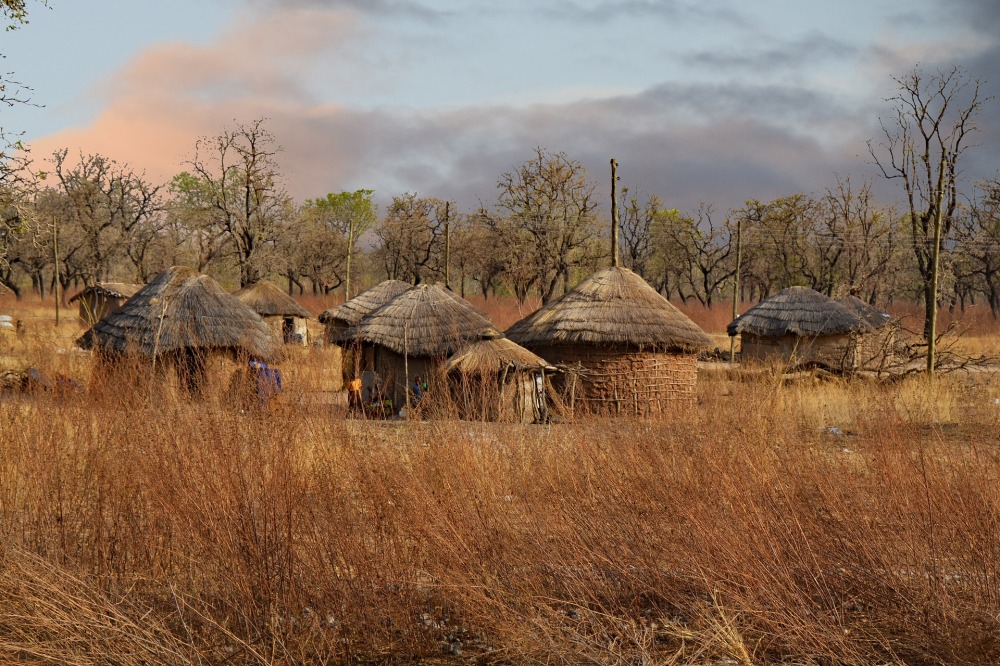 Photo on Pixabey from Ghana

I want to tell you about some important voices in my early Christian life. This Mini Series is dedicated to them.

I was new to the Pentecostal Church in the 1980’s. Some of these voices had a big impact on my life, even though I heard them speak only a few times. I am very grateful to our Pastor for bringing them in. In the ensuing decades I have been to many churches to attend and/or speak, but have never attended a church that was so Missions-minded as The Montgomery Assembly of God Church in Cincinnati, Ohio, under the leadership of Pastor Rodney Dukes. You might say as a babe I cut my Pentecostal teeth on those pews. To this day, my time in that Church carries my fondest memories.

Pastor Dukes joked once or twice that loaning the pulpit to so many preachers would present the appearance that he did not do his own job of preaching much, but we all seemed to enjoy hearing the message from different ones from different parts of the world. I don’t think the churches do enough about missions today. The average attendee is not as aware of what goes on in foreign lands as we were .  . .  thanks to my mentor Pastor Dukes.

It seemed every summer we would have various missionaries and evangelists come to our church and bring their message.

Among them I had my favorites. In this post and the next I would like to tell you of two of them. Brother Greenaway and Brother Sumner. (FYI: Back in that day we addressed all the people in the church as Brother and Sister).

These two men were polar opposites!

Brother Greenaway was a missionary to Africa. He had been in dangerous situations many a time, and while I do not know his complete history, I watched the church come fully alive every time he visited.

As I recall, he had been a boxer in his younger years. A man of flair- when he was in the room, he filled it! He was a man in excellent shape with a big muscular build, and a warm smile; but what kept us on the edge of our seats was his booming voice. 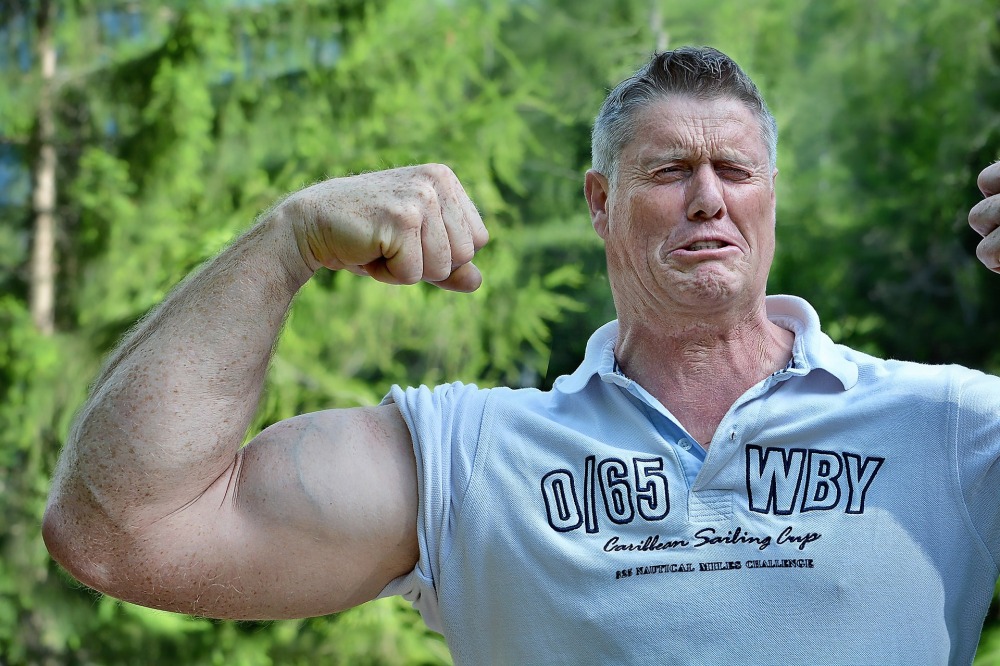 Photo on Pixabey by Pezibear

I am not kidding, he never needed a microphone, it was way overkill, and many of us would try to close our ears so the volume would be lowered a bit when his LOUD Base-voice started reverberating in the sanctuary. Pastor said we were raising the rafters.

I actually moved from my usual seat in the front to the back because he was so loud.

Then one day he told this story: He was in Africa (exact location unknown to us) in the bush, and his preaching brought results because it was accompanied by signs and wonders just as the Bible said. Someone in this little village who had been under the care of the Shaman and still desperately ill got healed and seeing the truth of the Word the whole family gave their hearts to Jesus. So far so good!

The news got to the Shaman and he was furious, for this event would cost him control over the village. The Shaman put out his threat that he would kill brother Greenaway to prove his own power over the preacher and his God. This now was clearly a battle in the spirit realm. Which deity/spirit would prove stronger remained to be seen.

Now I was reminded of the prophet Elijah. A bold prophetic voice, Elijah had the strength in God to stand up and take on the vile King Ahab and his wicked Queen Jezebel. Elijah single handedly killed 850 prophets that collectively served this wicked Queen Jezebel and her gods Baal and Asherah. After calling fire down from heaven and then rain after a three year drought, Elijah got word that the Queen had decreed that she would find him and kill him. Suddenly this prophet of God found himself weak-kneed and terrified enough to ask God to take his life before he was found by Jezebel. 1 Kings 18 and 19 tells the story and I hope you will read it.

1 King 19: 1 Now Ahab told Jezebel everything that Elijah had done and how he had killed all the prophets with the sword. 2 So Jezebel sent a messenger to Elijah, saying, “May the gods deal with me, and ever so severely, if by this time tomorrow I do not make your life like the lives of those you killed!”3 And Elijah was afraid and ran for his life.(BSB)

Photo by Joshua Newton on Unsplash

Back to Brother Greenaway, who continued the story as I sat on the edge of my seat in the back of the auditorium. The time came when he was going from one village to another, and along the narrow path he found himself face to face with the Shaman. He admitted, that his very strong boxer-body felt very weak suddenly and a spirit of fear came upon him. This was his Goliath and his Jezebel! He felt very little!!

Terrified out of his mind, he didn’t have time to bring up Scripture or start praying. He felt he was about to breathe his last! In utter desperation before anything was even said between the two, Brother Greenaway screamed on top of his lungs: “JEEEESSUUUUUSSS!!!!”

Romans 8: 15 For you did not receive a spirit of slavery that returns you to fear, but you received the Spirit of sonship, by whom we cry, “Abba! Father!”(BSB)

At this point we in the sanctuary and all the spirit world heard the booming voice repeat the “JEEEESSUUUUUSS!!!! The rafters did get raised that day! If their had been any evil spirit lurking around, he did not stay another second. Instead, the Rushing Wind of Pentecost blew past our faces and we felt it strongly at that moment!! We felt ears pop and our very hair stand on end!!

The Shaman in the story turned and ran and was not heard from again according to Brother Greenaway. The villagers rejoiced in newfound freedom! 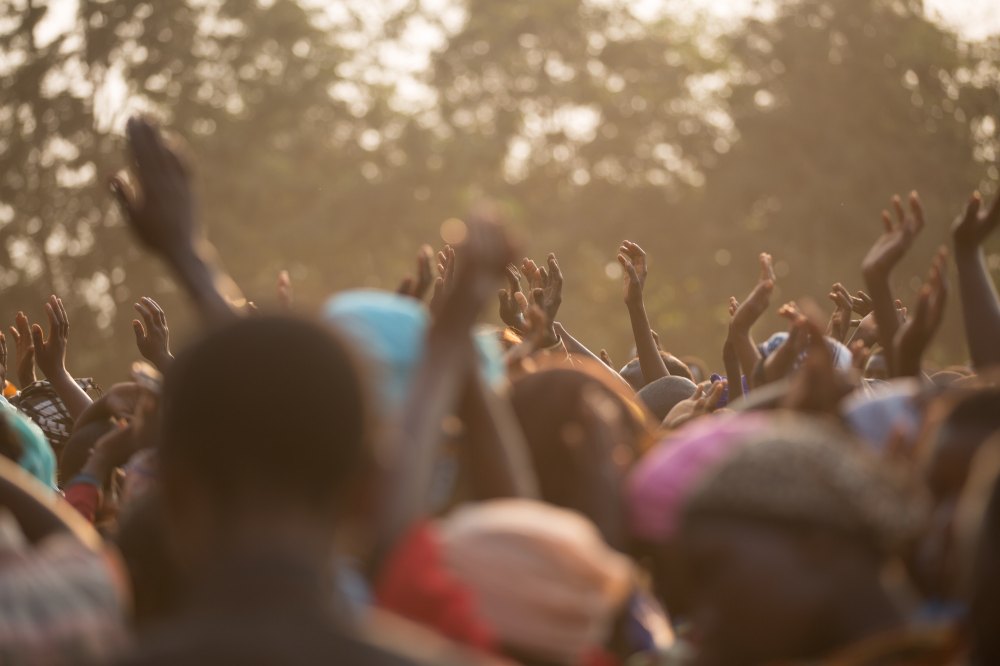 Photo by Avel Chuklanov on Unsplash

My takeaway from this session was unforgettable. We all thought it was really funny as well! Brother Greenaway demonstrated the power in the Name “Jesus” in such a way that I have never forgotten it.

I had a dream many nights after he left to go back. In my dream I was in dire peril for my life. Someone intended me harm and in my dream I screamed as loud as I could: “JEEEESSUUUUUSS!!!!!” I awoke perspiring, safe in my bedroom and glad to be there, but thanking God that I had learned it well.

I know my Shamans, Goliaths and Jezebels have been many. I rest assured that if I can call on the Name “Jesus” even in my dreams, the message has permeated my being. There is no mountain His Name can not break down, no ocean He will not cross, no valley too wide to stop Him, no road too long, no storm too strong, no trouble or trial that can hide me from His love and His deliverance!

Romans 8: 31 What then shall we say in response to these things? If God is for us, who can be against us? . . . 35 Who shall separate us from the love of Christ? Shall trouble or distress or persecution or famine or nakedness or danger or sword? 36 As it is written:“For Your sake we face death all day long we are considered as sheep to be slaughtered.”37 No, in all these things we are more than conquerors through Him who loved us. 38 For I am convinced that neither death nor life, neither angels nor principalities, neither the present nor the future, nor any powers, 39 neither height nor depth, nor anything else in all creation, will be able to separate us from the love of God that is in Christ Jesus our Lord.(BSB)

Later on I left the city and moved to another state with my family. On occasion I would see Brother Greenaway on TBN. I was never disappointed, for he was always in true form. Many years have gone by and I just found out that he now lives in the presence of Jesus in heaven. I am sure heaven is a lively place and look forward to seeing it for myself someday.

Let’s talk about your Shamans, your Goliaths and Jezebels! What makes you tremble?! What makes you afraid?! Can you trust the Name “Jesus” to do for you what He has done for BIG missionaries like Brother Greenaway, and little ones like me?!