Life In The Sheepfold

When the sheep are done grazing, the shepherd guides them into the sheepfold at night.

John 10: 11 I am the good shepherd. The good shepherd lays down His life for the sheep. 12 The hired hand is not the shepherd, and the sheep are not his own. When he sees the wolf coming, he abandons the sheep and runs away. Then the wolf pounces on them and scatters the flock. 13 The man runs away because he is a hired servant and is unconcerned for the sheep.14 I am the Good Shepherd. I know My sheep and My sheep know Me, 15 just as the Father knows Me and I know the Father. And I lay down My life for the sheep.(BSB)

The sheep are safe in the care of the shepherd. He makes sure in the absence of a gate he becomes the Gate by resting in the opening.

John 10: 7 “Truly, truly, I tell you, I am the gate for the sheep. 8 All who came before Me were thieves and robbers, but the sheep did not listen to them. 9 I am the gate. If anyone enters through Me, he will be saved. He will come in and go out and find pasture.(BSB)

Should a predator attempt to get through, he has to get past the shepherd and his staff, and yes, his guard dog may be present.

In the sheep fold it is more crowded, but the sheep get along fine. Even in tight quarters the sheep do well, they rest having been fully fed, and as night sets in they sleep carefree, knowing the shepherd is in the gate, and nothing can harm them.

I have seen pictures of rams fighting each other for dominance in the herd while in the field, but the shepherd is the boss. Sadly, in many parts of the World, people, even some shepherds use their rams to make money by having ram fights, which I believe to be with wicked intent and very cruel . . . a good shepherd is called to care for the sheep, not abuse them.

Sometimes the shepherd has to sort the sheep for shearing time. The sheep that need to be sheared for wool are placed in a separate enclosure. There may be other reasons for separating some sheep, but the shepherd remains the boss . . . he decides which one and when.

When new lambs are birthed, the lambs stick with the mamas and the shepherd watches over the new baby lambs as well. Do note that shepherds do not produce lambs, it is the sheep that do.

Bottom line, every facet of a sheep’s life is watched over, cared for and determined by the shepherd. No wonder the sheep learn the shepherd’s voice and simply do not follow a stranger.

John 10: 27 My sheep listen to My voice; I know them, and they follow Me. 28 I give them eternal life, and they will never perish. No one can snatch them out of My hand.(BSB)

Should an enemy get in the fold and try to “feed” on a sheep, total panic sets in. They have no other defense. Just the shepherd! Just one defense . . . “Baa-aa-h!” In human languages this translates as “Help!!” The shepherd does!! And the guard sheep-dog(s) help.

Most importantly, sheep do not spend their lives fighting, backbiting, gossiping, envying, coveting, hating, hurting each other, they are too simple, innocent, and pure for that, unlike sheep-people. I have heard them called Sheeple and I like the word, so . . . let’s call them Sheeple . . . that’s us!

We Sheeple can learn a lot from sheep in the sheepfold, and the pasture.

For example: Sheep sisters do not gossip, Sheeple sisters do! 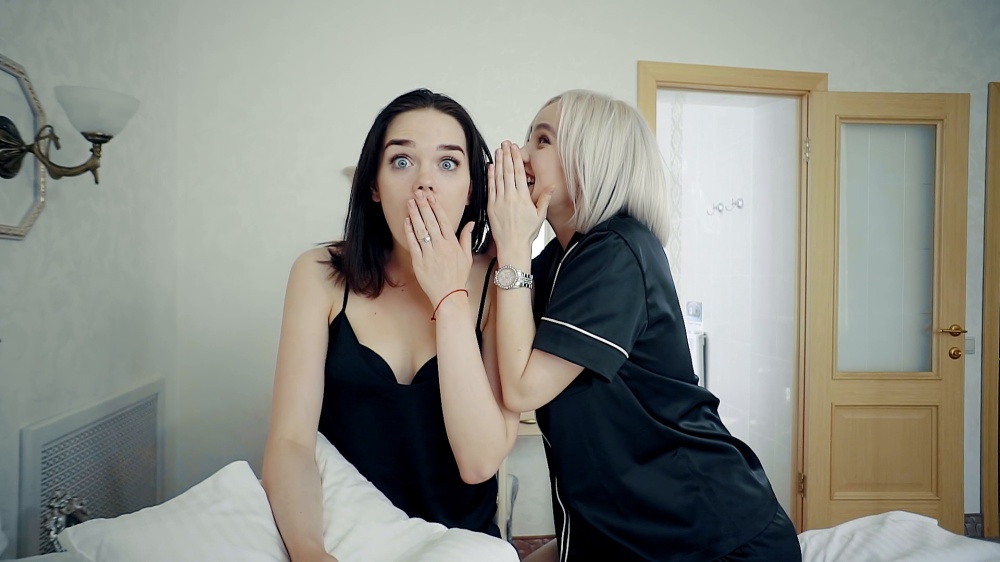 We Sheeple, unlike sheep, love to gossip and poison the atmosphere in our sheepfold, the church!

Is there one of you that has not gossiped, or been gossiped about? . . . I thought so!

I was absent from church several weeks when my sister came to visit. We traveled together, so my husband went to church by himself. I returned to church from my travels to find the rumor mill had been going full swing. I discovered from the rumor mill that my husband and I were separated and in process for a divorce. Hmm! I had no idea we were unhappy at all, but the rumor mill surely knew about it! I asked if anyone bothered asking my husband in those weeks? No! Did anyone care enough to ask if he needed anything? No! It was more fun to make up “facts” not in evidence!!

The foolishness was amazing!

We Sheeple, unlike sheep, love to tear each other down with our words! We love to prove our own superiority, it makes us feel good! Yet Jesus said:

If we want to feel good about ourselves, how about improving our own walk, without tearing down someone else’s?!

We Sheeple, unlike sheep, love to pick on the ones who look different, or behave differently! The church on Sunday is still, sadly the most segregated hour in the World.

We Sheeple, unlike sheep, have trouble welcoming “different” people in our midst.

Sadly the World does better in this regard than we Sheeple do in our sheepfold the church!

We Sheeple in some ways are like the sheep, we come to church, our sheepfold, with full bellies, we love our church suppers and then we rest while the shepherd is still speaking to us. Know anyone that has a tendency to yawn or fall asleep during a sermon? 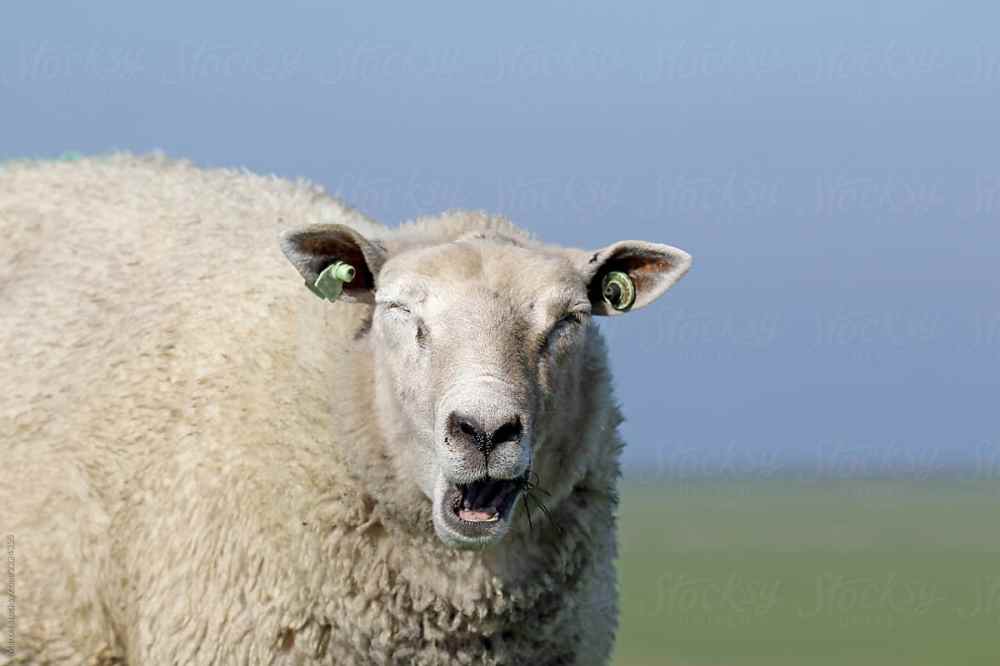 Other times we get offended by what is said, we become self appointed critics of everyone else. All too often the Sheeple are like the blind leading the blind.

Matthew 15: 12 Then the disciples came to Him and said, “Are You aware that the Pharisees were offended when they heard this?”13 But Jesus replied, “Every plant that My Heavenly Father has not planted will be pulled up by its roots. 14 Disregard them! They are blind guides. If a blind man leads a blind man, both will fall into a pit.”(BSB)

We Sheeple, unlike sheep don’t often recognize our Shepherd’s voice.

We do not get in the written Word, nor wish too, so when the deceiver speaks words that have no foundation, or an insufficient foundation in HIS Word, the Bible, we believe and follow foolishly! If we knew the Shepherd and HIS Words, we would recognize that HIS still quiet voice never, ever contradicts HIS written Word. We would then know true from false! As it is we are deceived, for we learn not the true Word.

We Sheeple, unlike sheep do not often like to reproduce . . . that is, share our faith with the prayer and hope that we might bring someone to Christ. Remember, Shepherds do not produce sheep/lambs, sheep do . . . likewise, Sheeple produce Sheeple, shepherds do not. Our Shepherd counts on us sharing our faith!

We Sheeple, unlike sheep, do get into fights. we do hold off on fights in the sheepfold, at least we are able to put on a good show, but we often feel justified to rage against those we do not like.

We Sheeple, unlike sheep, seeth with anger, and rage . . . you disagree?! . . . I think of the many couples I have had show up in my office for marriage counseling where domestic abuse has been the issue. I have even seen someone be so angry at his Sheeple spouse that he tried to kill her! Can Sheeple kill each other . . . ? Good question!!

We Sheeple, unlike sheep,  get jealous of other Sheeple in the fold. We are covetous of what someone else has, whether it is material possessions, a job, or even a spouse . . . hmm! Think about it, marriages are broken in church because someone lusted after someone else’s spouse.

We Sheeple, unlike sheep, do not trust our Shepherd who watches over us and has even set His angels as guards about us to keep us safe.

We Sheeple, unlike sheep, believe we know better than our Shepherd, and make decisions, life altering decisions without consulting or seeking His will for our lives. Whether it is a job, or education, or a move, or the most important decision . . . finding a life partner for ourselves, we do not seek His will, but follow our own wisdom.

We Sheeple give up on our marriages too fast, quit our jobs too easy, give up on people and ourselves too quickly. Discouragement comes easy to us Sheeple. We reject and get rejected, lose hope and give up when trials come without care that these very trials were meant to train us for better things.

Learn from the sheep! The Lord our Shepherd did not use the analogy of sheep and shepherds without purpose. He knew we fit the likeness many ways, but in many other ways, we need to train to be trusting and simple like sheep.

And if you happen to be outside the fold and not a part of His flock at all, here is the invitation from Him:

John 10: 16 I have other sheep that are not of this fold. I must bring them in as well, and they will listen to My voice. Then there will be one flock and one shepherd.(BSB)

He is looking for you! Come!!