Life In The Pasture

Sheep Difference-Between-Among-and-Amid-2 Photo by difference between

The sheep. shepherd and pasture theme runs through the Bible. Understandably so, these word pictures/parables seem to fit the times. Wealth was counted by the flocks you had, not by the money in the bank. Sheep meant food and clothing.

Before he was the king of Israel, David was a shepherd boy, tending sheep in the fields for days on end. Many Psalms were written by David but the best descriptive Psalm of a Shepherds life and love for his sheep is Psalm 23.

Psalm 23: 1 Yahweh is my shepherd: I shall lack nothing.

2 He makes me lie down in green pastures. He leads me beside still waters.

3 He restores my soul. He guides me in the paths of righteousness for his name’s sake. 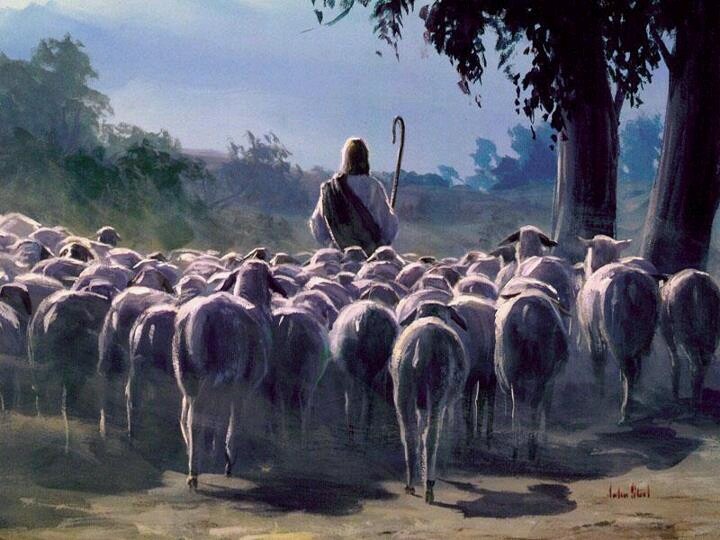 4 Even though I walk through the valley of the shadow of death, I will fear no evil, for you are with me. Your rod and your staff, they comfort me.

5 You prepare a table before me in the presence of my enemies. You anoint my head with oil. My cup runs over. 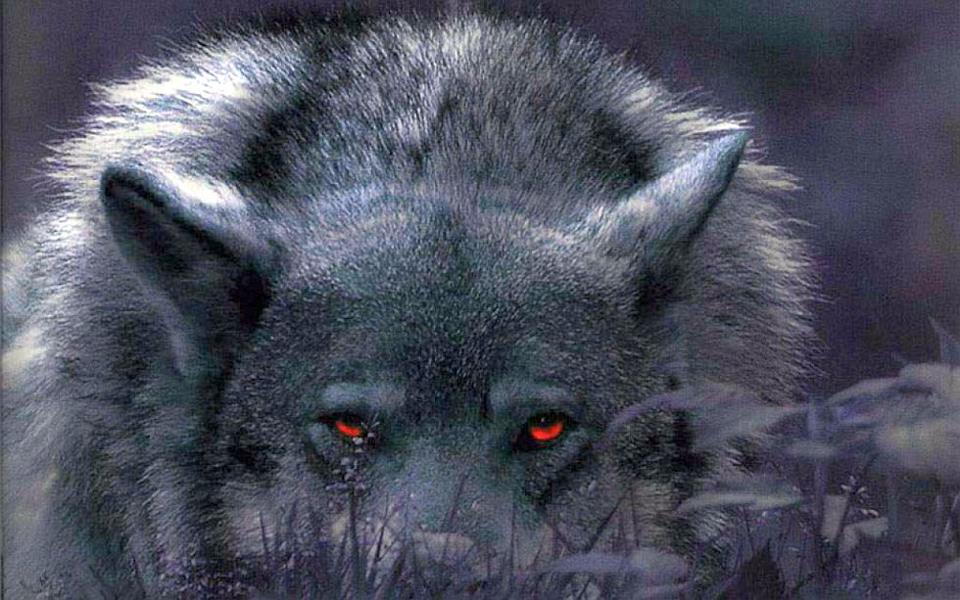 6 Surely goodness and loving kindness shall follow me all the days of my life, and I will dwell in Yahweh’s house forever. A Psalm by David.(WEB)

It saddens me that this Psalm is commonly read at funerals. Properly understood this is actually a Psalm full of promises for this Earth, the land of the living. It is a promise of a full life here, promise of a life abundant, with a caring shepherd who provides all we need including rest, safety, comfort along with food and water. This Psalm does also give the promise of a great life hereafter, but only after a full life lived here on earth. It is a Psalm full of Hope and Confidence in God’s Goodness and Mercy.

David in the Old Testament had the right understanding when he saw Yahweh (Almighty God) as his Shepherd.

The word is “ANTHROPOMORPHISING.” It means to ascribe human attributes/feelings/thinking to an animal, plant, etc. I do it all the time when I speak to my pets. I think my cat and dog think or feel things as I would. They feel sad or happy and certainly feel pain. I am sure when you deal with your animals you do the same. We consider human emotions to be just that on the one hand, yet we have no trouble ascribing those emotions to animals as well.

This is right to do! Animals do have souls and hence do feel. They are created beings with a purpose on God’s Earth and we are called to properly govern which means being good “shepherds” (Caregivers) to them. At some point in the future if the Lord allows I will write on it, it is one of my favorite subjects to teach on, but for now let us just see that David is “anthropomorphising” in a way. David understood sheep well. Tending sheep for periods of time away from home even as a teenager, he was used to them being his companions. He slept in the field with one eye open to be on guard against predators.

So in Psalm 23 David sees himself as a sheep in the care of yet another Shepherd, Yahweh, The Lord Almighty Himself. David starts out by saying with confidence that since he belongs to a Shepherd far greater than himself, he will never lack anything. All his need would be provided for, since as a shepherd himself, he knew he took good care of his own sheep.

David understood the sheep were entirely dependent on him for provision/ protection/shelter and more.

Sometimes, to provide good grazing ground David would have had to lead his sheep to pastures that were distances away. It was not uncommon for shepherds to be gone many days, so the sheep would rest in the field if there was no sheepfold nearby and the shepherd would guard them through the night, and stay alert. After all, we do know of at least two attacks on his sheep! The lion and the bear!

1 Samuel 17: 34 David said to Saul, “Your servant was keeping his father’s sheep; and when a lion or a bear came, and took a lamb out of the flock, 35 I went out after him, and struck him, and rescued it out of his mouth. When he arose against me, I caught him by his beard, and struck him, and killed him. 36 Your servant struck both the lion and the bear.(WEB)

Sheep are pretty helpless. I have heard it said that sheep are “dumb.” I don’t like that! In fact I do not like to think of anything God created as “dumb” for I think it insults my God!! Since I am supposed to be a “sheep” as a believer, I prefer to think of sheep as simple /trusting/ dependent on the shepherd. After all that is what we are called to be . . . isn’t it?!

The shepherd uses his rod and staff to guide the sheep. A good shepherd will not beat his sheep, he simply uses his rod to keep them straying from the path. The staff comes in handy to rescue a sheep when the sheep is stuck somewhere. So, these become instruments of comfort and security. Sheep learn that a tap from the rod and the sound of the shepherd’s voice means he is nearby and there is no cause for fear, even though it may be a dark, deep valley that may otherwise be very scary. Yes, animals do know fear!

When sheep graze, they have their heads down and often will be so busy grazing that they don’t watch where they are and as they keep moving and grazing without looking up, they can stray away. This is where once again, the shepherd needs his staff and rod and he does speak to them constantly.

They know the shepherds voice enough that if a strange shepherd comes to them and tries to lead them away they will not follow.

The shepherd leads them to the best field he can find and then he sits back to watch, or stand to guard. The sheep have no worry, they feast! The table has been set for them, they eat. The wolf, lion and bear are not theirs to worry about for the shepherd is close by keeping watch.

Yet another group of troublemakers for the sheep are tiny bugs that get on their faces when they graze. These little insects get into their eyes, their noses etc. Who wants bugs ruining a good picnic?! So, the shepherd puts olive oil on their heads and it drips down their faces and works as a bug repellent. The bugs leave the sheep to graze in peace.

When satisfied the sheep lie down with their tummies full and rest. Their cups have been filled to overflowing.

These sheep know as long as they have the shepherd, his goodness and his mercy will always be with them. They know they will have no lack, and no reason to fear.

What a wonderful description of life in the care of God this is . . . don’t you agree?!

Jesus confirms this imagery in the New Testament saying:

John 10: 14 I am the good shepherd, and I know My own, and I am known by My own. 15 As the Father knows Me, I also know the Father; and I lay down My life for the sheep. 16 And I have other sheep which are not of this fold. It behooves Me to bring those also, and they will hear My voice, and there will be one flock with one shepherd.17 Because of this, the Father loves Me, because I lay down My life, that I might take it again. ”(BLB) 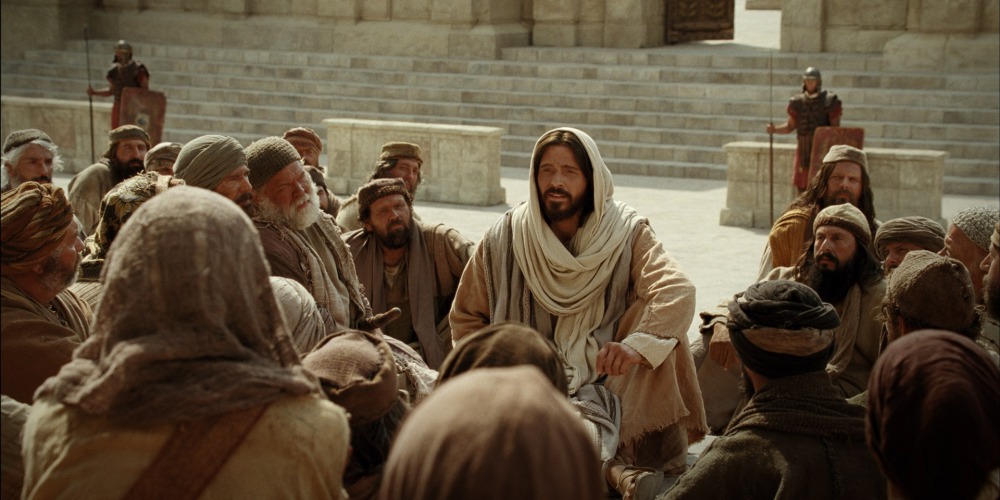 As in Psalm 23 the imagery is presented through the eyes of a sheep, so in Jesus’ own words it is confirmed! . . . He tells us He Himself is the Good Shepherd and we believers are the sheep. He is the Good Shepherd that has laid down His life for us the sheep, to save us from the jaws of Satan/death/hell.

In case you did not know, when He says He has other sheep that He has to go gather, He is speaking of you and me.

Matthew 18: 12 What do you think? If to any man there should be a hundred sheep, and one of them has gone astray, will he not leave the ninety nine on the mountains and, having gone, seek the one going astray?(BLB)

One lost sheep photo from ubdavid.org

I do not know about you, but I certainly was one of those lost and in harms way when He found and rescued me. I love that He made it a point to find and save me, and then He . . . The Good Shepherd, rejoiced over finding me!  Little me . . . .That humbles me to no end, that my God would rejoice over me!! Who am I that I should have the Mighty God come looking for me?? Yet . . . this is how much He loves you and me!!

Matthew 18: 13 And if he should find it, truly I say to you that he rejoices over it more than over the ninety nine not having gone astray. 14 Thus it is not the will of your Father who is in the heavens that one of these little ones should perish.(BLB)

How much more assurance do you need to know that you are truly loved by your Creator? His love is yours for the asking . . . and saying a simple “yes” to Jesus! After all, as He says in the above scripture, it is not His will that even one of us should perish!