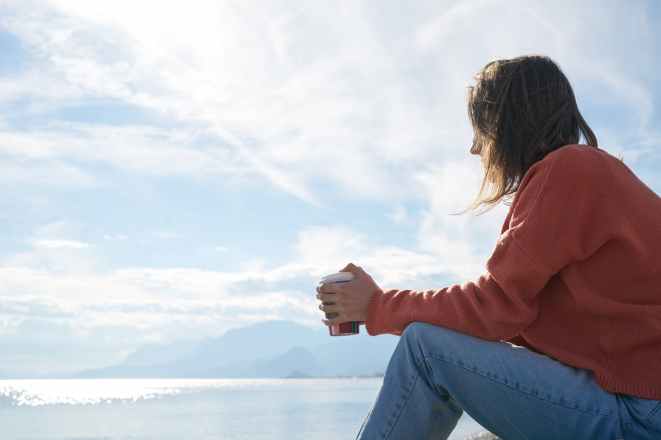 Photo by Engin Akyurt on Pexels.com

Photo by Marcella Gonzales on Pexels.com

I have been on scenic drives to mountain tops and looked upon the massive vistas . . . I am a tiny dot on the planet . . . who am I?

In the quiet countryside where I live, I lay out on the deck at night and gaze upon the stars. It is so peaceful, countless stars up above . . . I am a tiny dot in this Universe . . . who am I?

The World I live in has more than seven billion voices, not counting the countless animal voices . . .  I am a tiny dot . . . who am I?

Then I move to put it more in perspective. This Earth is really tiny compared to the Universe. The Sun, planets and the stars dwarf the earth so very much . . . I am a tiny dot, on a tiny dot of an Earth . . . so, really, who am I?

The Earth soon reduces to the size smaller than a marble, just a tiny dot!

sun compared to other stars photo from yahooanswers

I scan farther . . . this planet I live on, is part of a galaxy, which is really tiny compared to all that is out there. Our Sun is just an average size star in the Universe. What lies beyond makes our galaxy a tiny dot! So, I am a tiny dot that lives on a tiny dot, that is part of a tiny dot of a galaxy . . . so, is it any wonder I question . . . who am I?!

The photo above was sent by the Hubble telescope. It looks like a rose, doesn’t it?

Psalm 19: 1 The heavens declare the glory of God; and the firmament shows his handiwork. 2 Day to day utters speech, and night to night shows knowledge. 3 There is no speech nor language, where their voice is not heard.(AKJV)

“A new study suggests that there are around 700 quintillion planets in the universe, but only one like Earth. It’s a revelation that’s both beautiful and terrifying at the same time.”(Nathaniel Scharping 2016)

This question, “Who am I?” is just another way of asking, “Do I matter?” I am a tiny dot in this vast universe, living on a tiny dot of a planet . . . really?! In my mind my insignificance cannot be measured! How tiny do I have to be to disappear?! Can I possibly matter?! And who really cares anyway . . . who?

Once again, I stand out in my backyard gazing at the countless stars on a peaceful and still night . . . a gentle breeze caresses my face . . . and I marvel as I ponder. I stand on a planet that is itself nothing but a tiny dot among 700 quintillion planets and possibly more . . . among seven billion plus humans and countless animal voices . . . just one tiny me . . . who am I! . . . do I matter? Just one breath! Just one breath that gives me life . . . take it away and I vanish.

“Sudha” . . . In that same breath I hear a voice speak “You are who I AM says you are.” In that moment I realize . . . the significance of tiny dot me is intrinsic in the fact that I AM gives me meaning. I AM finds me intrinsically valuable. Even though I am but a tiny dot and an entirely insignificant speck, I AM sees me as invaluable!

I know who the Great I AM is:

I felt so unimportant, inconsequential, insignificant until I realized my question needed to change! I should have asked “Whose am I?” since I belong to I AM and am what HE says I am!

one tiny dot (me)

I AM sees me! Not just that, He tells me He knows the number of hairs on my head.

Matthew 10: 30 But the very hairs of your head are all numbered. (AKJV)

He knows my every thought and knows every word on my tongue before it gets spoken.

This same I AM reaches down to me and says He loves me so much that He gave His life for me, and rose again that I may have life everlasting.

This tiny dot (me) on a tiny dot of a planet with seven billion plus humans and countless animals, among 700 quintillion planets suddenly doesn’t feel insignificant!

I AM says He would hear me from Heaven in my hour of need even if I alone called out to Him from among the 700 quintillion planets, on one tiny dot called Earth, among seven billion plus humans and countless animals. He says even my whisper is heard in Heaven. In fact, I know He has done that so many times in my life, that I have become accustomed to whispering His Name all through my day.

I have His Name on my tongue perhaps more than any other name or thing in my day. “Yesu” I whisper, it brings me comfort just saying His Name. “Yesu, Yeshua, Jesus,” or “Papa, I love you!” “Holy Spirit, thank You . . . just thank You for everything.”

My mind doesn’t comprehend how, but I know this same Great I AM who created the galaxies, and placed the tiny dot Earth among them, and gave it the life-sustaining force so seven billion plus humans and countless animals could be sustained on it, is the same great I AM who came to Earth taking on human flesh. The Great I AM who created it all, became a tiny dot in the womb of a tiny dot of a woman named Mary to fulfill His promise to His creation that He would Himself be a Savior to humankind.

Now He, the Great I AM lives in Heaven seated at the right hand of the Father, is present everywhere through His Holy Spirit and lives in this tiny dot of a person called Sudha.

I conclude the answer to “Whose am I” is “I am His!” That is what defines and answers “Who am I.”

Perhaps I am a bit of a philosopher contemplating my state, but then, isn’t that everyone’s state? Are we not all the same tiny dots?!

Life is called a vapor in the Bible, a breath very short-lived, do any of us matter?

We are nothing but passing shadows in the span of time, here today gone tomorrow, our lives to be remembered by the few that love us, but generations come and generations go, we all fade from memory. Those among us that achieve big things and make a name for themselves may be remembered a bit longer, but then even that fades. History is replete with ruins all around the world bearing evidence of people gone by, names forgotten, and works forgotten. Also, history has a way of being rewritten at times.

I have a chart of the population of the world starting from Adam, the generations before the flood and then after the flood. It is a very large chart that shows how the Earth was populated after the flood, how the nations formed, how the different races came from the same roots. The chart spans from Adam (Year 1) to 2013. It is amazing!

Countless have died over the millennia. Natural aging, sickness, plagues, disease, starvation, wars, accidents, violence against each other, natural disasters . . . you can add more. All it shows me is that all life is fragile. All breath is vapor . . . gone in an instant.

Countless have gone without knowing I AM, and countless more will.

But to all you tiny dots out there I say, you can know the answer to your “who am I?” by knowing the Great I AM.

Thou God Seest Me