A young man just died on a remote island in the Andaman Islands of India. I gather from the news that he had a tremendous zeal for the Lord. The article reported the young man as having said that the Lord had assured him that he would carry the gospel to many remote places where the message had not yet been heard.

It was illegal to go to this island, the government didn’t allow it for the people were totally isolated from the outside world, and would be in danger of diseases carried to them by outsiders. Also, the islanders did not want to be approached. They used bows and arrows to keep all outsiders at bay. Even government helicopters had been shot at! The young man did not listen and managed to pay fishermen to get him within proximity, then rowed ashore in his kayak with his Bible and some gifts for the kids he imagined he would find.

He was met with a shower of arrows upon landing and his kayak was damaged. He managed to swim to safety, yet not to be thwarted made a second attempt the next day. No doubt he was convinced that by now the natives would see him as harmless, and that he would have the protection of God, since he had His promise of many such trips to many such places yet in the world.

He was met with arrows again, and instead of retreating, this time he continued to move forward. He was shot down! They have not managed to retrieve his lifeless body yet. . . .

Many years ago when I went to India on a missions trip, a young zealous fresh-out-of-Bible-College young man went along with me. He was passionate about ministry to the World.

“I will be preaching on street corners!” he declared before we even boarded the plane. He was corrected by our Pastor that he must abide by the laws of the Nation.

“When we go to see Mother Teresa’s orphanage I am going to pray over her!” When we were received by her upon our arrival, she prayed for us in a very sweet and tender manner.

“I want you to translate what I say to this sadhu (Indian holy man)” he said when we saw a sadhu on our visit to Diamond harbor. This sadhu had just completed his journey following the river Ganges from it’s origin in the Himalayan Mountains down to the harbor, and was now bathing in the Bay of Bengal. It was his pilgrimage. Let’s just say I made some changes in my translation.

A few days after being checked again by the resident Missionary and the Pastor of our host church, he cut his stay short and headed home. He said he missed his soon-to-be-bride too much.

Decades later, this wiser and more mature wee-king continues to pastor successfully with his wife. 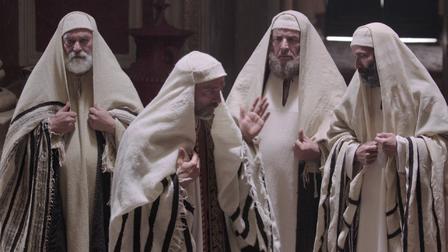 You know this young zealot who stood by and watched men as they stoned a young man named Stephen to death just because he shared the story of Messiah Jesus.

This young zealot was named Saul. He was a young man committed to God and could not accept that what he was taught by his teacher Gamaliel  could be wrong or incomplete. He too was somewhat fresh-out-of-training, and had at his young age been inducted into the hallowed halls of the Sanhedrin, and thought he knew all there was to be known.

Acts 22:  3 “I am a Jew, a man born in Tarsus of Cilicia and brought up in this city at the feet of Gamaliel, having been instructed according to the exactness of the Law of our Fathers, being a zealous one of God, even as you all are this day, (BLB)

His passion flared stronger and his zeal consumed him yet more after the stoning. Securing orders to round up all those ‘cultists’ that were spreading heresy he headed to Damascus to bring them to be imprisoned or killed.

Acts 9: 1 Meanwhile, Saul still breathing out threats and murder toward the disciples of the Lord, having gone to the high priest, 2 requested letters from him to the synagogues in Damascus, so that if he found any being of the way, both men and women, having bound them, he might bring them to Jerusalem. (BLB)

Didn’t go so well! En route to Damascus, he was struck off his high horse by the REAL KING JESUS who chastised him, re-routed his zeal and passion, and made him a “deal he could not refuse!” This REAL KING JESUS changed this young zealot’s name to Paul.

Now with new revelation and perspective, this wee-king thankfully realized that he still had a lot of learning to do.

Years later, an older wiser and humbler wee-king, he was warned that harm awaited him if he went to Jerusalem. He believed that even forewarned he must do so. He was arrested, and after more than one imprisonment and many trials, eventually was beheaded.

In his own words:

2 Corinthians 4: 7 Now we have this treasure in earthen vessels, that the surpassingness of the power may be from God, and not from us,  8 being hard pressed in every way but not being crushed, being perplexed but not despairing, 9 being persecuted but not being forsaken, being struck down but not being destroyed, 10 always carrying around the death of Jesus in our body, so that the life of Jesus also should be manifested in our body. 11 For we the living are always being delivered to death on account of Jesus, so that the life of Jesus may also be manifested in our mortal flesh. 12 So then, death works in us, but life in you.(BLB)

Three wee-kings, three different endings. . . . I do not know what the outcome might have been if each had made a different choice.

Wee-king 1 may have lived longer and been successful in making future trips to many other remote locations. I sorrow for his parents and humbly offer my condolences to his family. I am a mother, and do not wish any mother to lose her child. Perhaps in their sorrow his parents question “Why Lord?” while they are yet thankful that their son is in the presence of  God.

Did he hear correctly, or did his zeal lead him to where he was instructed and warned by God’s wisdom not to go? Was his life cut short because he didn’t yet know how to temper his zeal with wisdom? I don’t know. please forgive the musings of this mother. . .  I too have children.

Wee-king 2 had some learning to do. He left the mission field far too easily yet he lives today and continues in ministry. Hopefully less impetuous, with greater wisdom and discernment today, he gives good counsel to young men and women in how to be tempered and not run ahead of the Lord.

Wee-king 3 went on to learn a lot of wisdom. In fact this wee-king wrote the most books  of the New Testament and gave us God inspired eternal counsel on how to be wise, discerning and to maintain a tempered zeal in our lives so the message of the Gospel can continue on. This wee king has been hugely responsible for training all of us in the ways of the Messiah.

Today I present these three wee-kings (we are all royalty in Christ) just to get you to think. We are all prone to running ahead of the Lord. I am! It is my prayer, that I learn wisdom and self-control along with discernment so I do not run ahead of Him in my deeds and words. Step in step with Him, I win, behind or ahead of him, I lose. In it for the long haul, I am not done living for Him, and certainly not ready to be irrelevant. There is no retirement nor a desire to retire in Christ, only a desire to reinvent and to serve according to His purpose.

What is your desire? He gives wisdom:

James 1: Now if any of you lacks wisdom, let him ask from God, the One giving generously to all and not finding fault, and it will be given to him.(BLB)

Will you seek it?