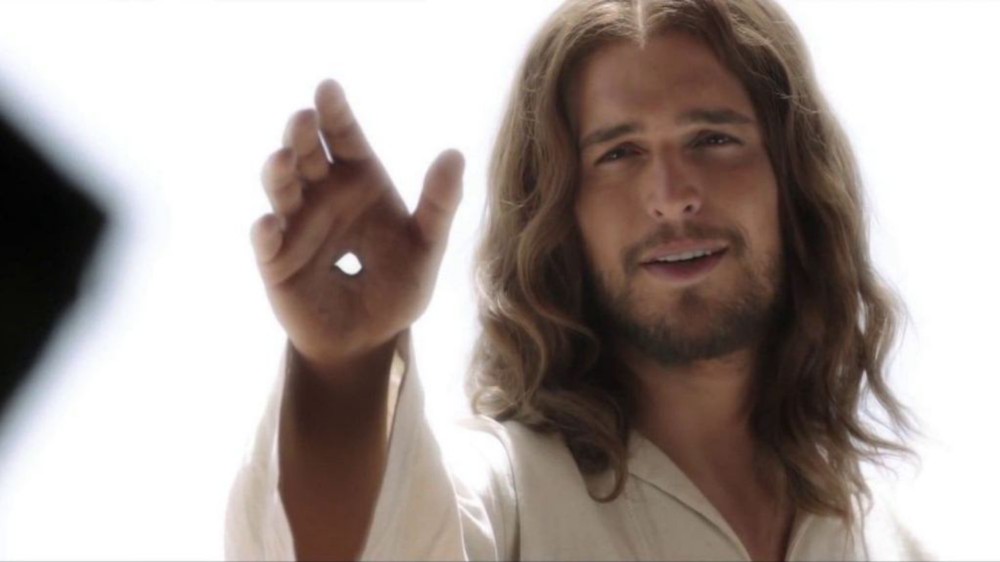 Jesus-Christ-Photo from Son of God Movie

Today, I get to ask you a question.

This declaration in the Bible is so foundational to our understanding of God, that apart from this we cannot have faith to believe!

Incredible, when you think about it, He can do anything He wants to, yet He cannot lie!

If He does lie, He breaks His own Word, and His Word is not trustworthy!

If He can lie, then His witness is not trustworthy!

pictures-of-jesus-baptism-holy-spirit Photo from God is Real

When John baptized Jesus, God the Father spoke, and the Holy Spirit as a dove alighted and stayed upon Jesus.

Matthew 3:16 And immediately, having been baptized, Jesus went up from the water; and behold, the heavens were opened and he saw the Spirit of God descending as a dove, and alighting upon Him. 17 And behold, a voice out of the heavens, saying, “This is my Son, the beloved, in whom I was well pleased.”(BLB)

At this juncture the Trinity was present. The Son was baptized, The Holy Spirit descended upon the Son, and the Father gave witness to the fact that Jesus was His Son, and that He was well pleased in Him.

Now if the possibility exists that God can lie, how can I be sure that at this point He was speaking the truth?

If there is a possibility that God can lie, then how do I know when He speaks the truth, or when He lies?

If I consider for even a moment that what He has said in His written Word may be untrue, then all of His Word becomes suspect, and He Himself unreliable. If then He is unreliable, why would I come to Him with my petitions? He becomes, in that case, a God of whim and arbitrary judgment. Certainly not to be trusted!

James 1:17 Every good act of giving and every perfect gift is from above, coming down from the Father of lights, with whom there is no variation or shadow of shifting.(BLB)

One could say, if God can lie in one thing, He can lie in anything. He can then be expected to shift His opinion. He may like me today and promise to give me something, but may change His mind tomorrow. I couldn’t trust any of His promises, and would always be on guard so He doesn’t catch me at the wrong moment or when He is in a bad mood, lest I offend Him inadvertently, and be judged or punished.

IF God can and does lie, it also makes Him very hypocritical, for He doesn’t want me to lie.

He even accused the Pharisees of being the children of the Devil calling him the  father of lies:

John 8: 44 You belong to your father, the devil, and you want to carry out his desires. He was a murderer from the beginning, refusing to uphold the truth, because there is no truth in him. When he lies, he speaks his native language, because he is a liar and the father of lies.(BSB)

Why would my God be in the same camp as the Devil?

Also, how can I trust my salvation? If God can lie, then my salvation is a farce, for He could be lying about Heaven, and lying that believing in Jesus would get me there. If He is a shifting shadow and untrustworthy, how then can I be sure that even if there is a heaven, and I believe in Jesus; and that I live to please Him, that God will keep His word and let me in His heaven when I die?

You see, it all falls apart if God can lie! 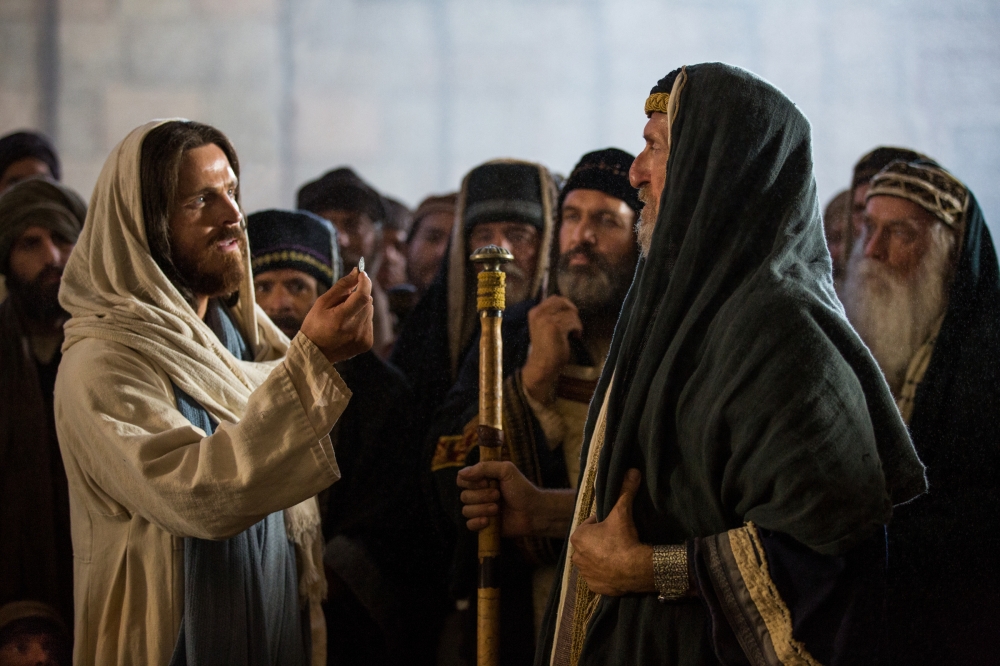 When asked “Who are You?” Jesus replied:

John 8:  . . .  “Just what I am saying to you from the beginning. 26 I have many things to say and to judge concerning you. But the One having sent Me is true; and I what I have heard from Him, these things I say to the world.”(BLB) 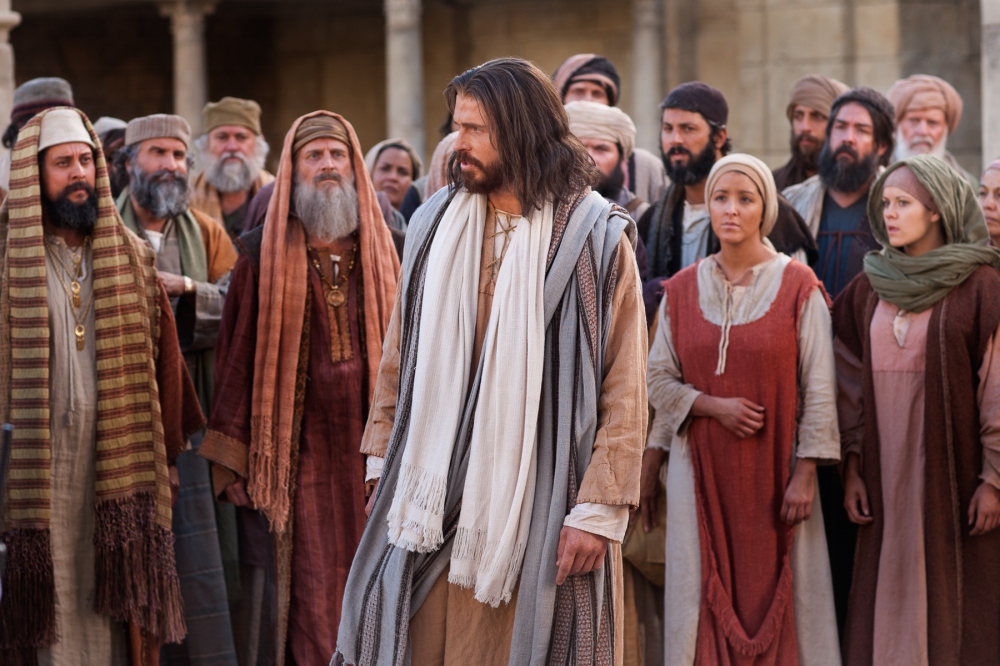 I am the Light of the World Photo from LDS.org

So, When He says He formed me in my mother’s womb, I can believe it and accept that He knows me by Name!

Since He is always true: when He says He loves me, I can believe it !

When He says He died for me, I can believe it!

When He says I will be with Him in heaven, I can believe it!

When He says by His stripes I am healed, I can believe it!

When He says He will never leave me, nor forsake me, I can believe it!

When He says the Truth will set me free, I can believe it!

When He says He has good plans for me, I can believe that too!

When He says I will find rest in Him, I can believe it!

When He says He is my strength when I am weak, I can believe it!

When He says He is my Provider, my Protector, my Healer, my Counselor, I can believe it!

When He says He is my Peace, my Shelter, my Rock, my Fortress, my Shield, my Buckler in any storm or battle . . . Oh, I can believe it!

When He says I can not earn my salvation by my good works without Him, I must believe it!

When He says all my riches, or lack thereof don’t win me anything from Him, I believe it!

When He says salvation is a FREE GIFT, I must believe and receive it!

When He says once saved/born again in Him, with His Holy Spirit, His strength, wisdom and guidance I must do the works appointed me, I must believe it!

When He says I must bring all my anxieties, worries, cares, needs, problems, fears to Him, I must believe and do so!

1 Peter 5:7 Cast all your anxiety on Him, because He cares for you.(BSB)

If I feel anxious that He will not protect me . . . my doubt makes him a liar!

If I feel I am not good enough to be accepted by Him . . . my doubt makes Him a liar!

Interestingly, before I was born again, I said to  a friend, “God sure isn’t knocking at my door looking for me!”

It was only days after this incident that I found out Jesus was doing exactly that:

Revelation 3: 20 Behold, I stand at the door and knock. If anyone should hear My voice and open the door, then I will come in to him and will dine with him, and he with Me.(BLB)

You may be in the same place of doubt! Now the question is: Will you call Him a liar, knowing He cannot lie?!

He’s knocking! Will you open the door?

One Final Post on this topic coming up soon! I really hope to leave you without any doubts about God’s love for you . . . so, come back, won’t you?

“I Am Whole” Part II

“I am Whole” Part III